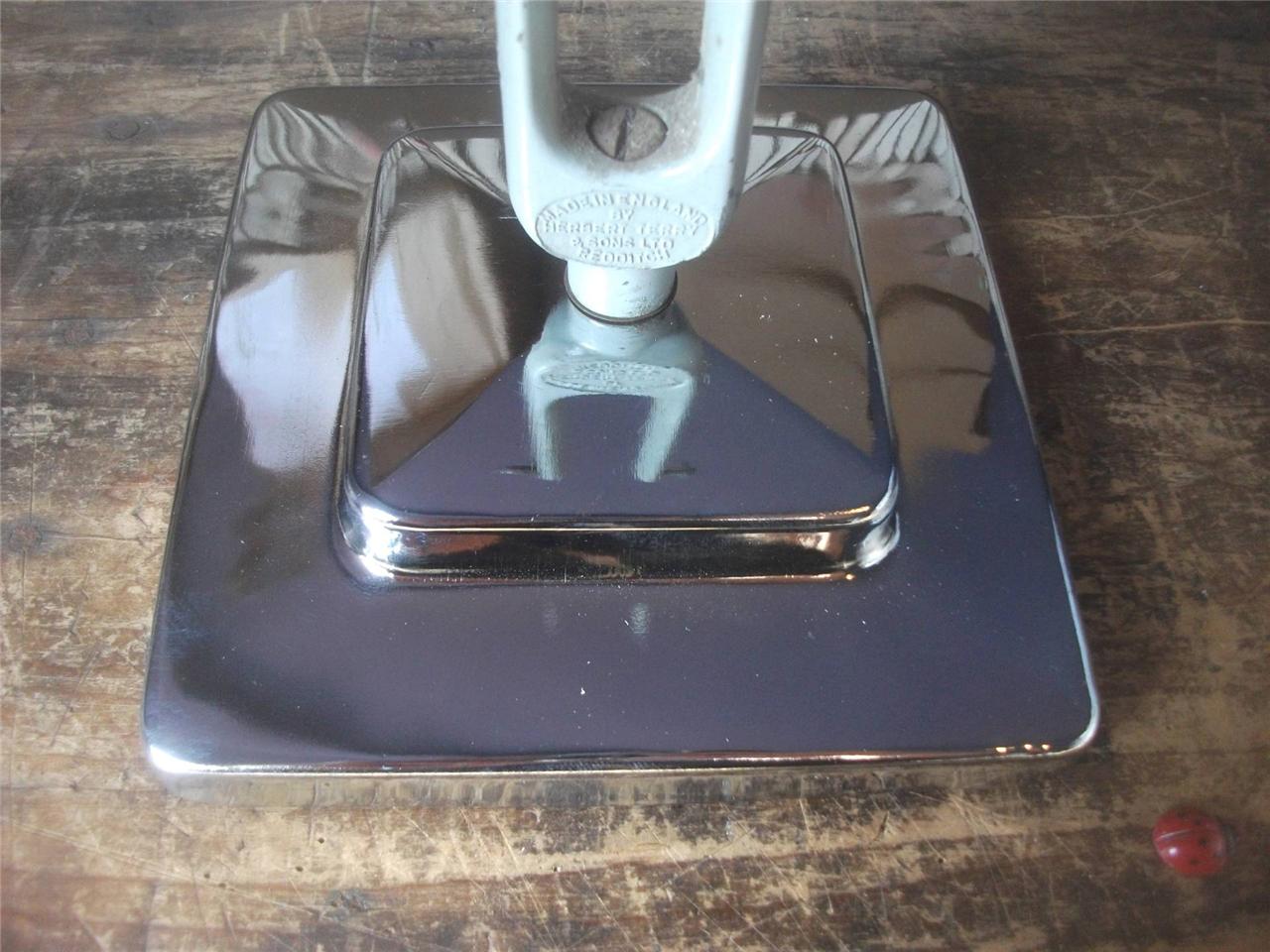 The normal mild steel cover was smoother, well formed and took a coat of thinner paint. During your restoration a closer examination of the base and a bit of fiddling could expose the original casting under the cover.

Its best to remove the cover and treat the corrosion that normally lurks underneath. A clean up, rust treatment and a new coat of paint usually gives a nice fresh finish to both cover and casting. However you could go for a re-chrome of original if that’s the effect you’re looking for, but it’s an expensive operation.

An alternative to an original cover re-chrome and a lot less expensive is a replacement offered by this vender. Obviously at such a competitive price I was not expecting massive quality, and the vender’s note about forming marks on the corners of the pressing.

On recipe I was pleasantly surprised and no way near a deformed mangled bit of chrome plate I was expecting. The fitting took a bit of persuasion but covered the base well enough with the chrome looking nice, with what I would consider a medium deep reflection.

Remember to keep the old cover assuming it’s not rusted through, just in case you go off the uber shinny chrome effect reflecting all over the room and screens.