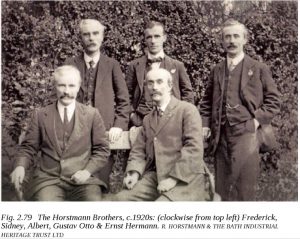 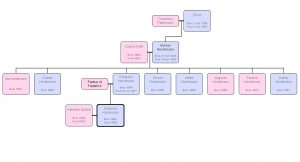 The Horstmann Family held a large number of pattern and businesses ranging from opticians to automotive manufacturing.

Frederick George Quicke Horstmann lamp designer was the grandson of Friedrich Gustav Adolph Horstmann renowned engineer and designer of the world's first micrometer with an accuracy of less than 10,000th of an inch amongst many other inventions.

Given a family tradition of detailed engineering it's hardly surprising that a positional lamp would be designed to help production staff.

His Father, also called Frederick was one of eight children had travelled from Bath to Guilford in order to assume the  running of his older brothers opticians store. His brother Albert whom founded the business returned to bath were he

assisted in the formation of the Horstmann Gear Co, of Newbridge Works, 93 Newbridge Road, Bath, Somerset. (1922).

The Horstmann business empire included production of Horstmann Cars Limited founded by Sidney Adolph Horstmann, and by a strange twist of fate employed a certain designer called George Carwardine inventor of the Anglepoise lamp. Odd how two of Britain's most iconic lamp designs should be so closely intertwined.

As a testament to the wealth and success Sidney commissioned world-famous Glasgow born architect and designer Charles Rennie Mackintosh to build a bespoke art deco bedroom for his family house in bath. This remarkable set of furniture has be preserved and displayed in Bath Museum.

In a London Gazette article dated 12th January 1920 Frederick George Horstmann  changed his legal name to include his wife's maiden name of Quicke.

They spent married life at a home in Woodlands, Chiddingfold in Surrey until his death on 4 March 1949 in Royal Surrey County Hospital, Guildford, Surrey aged 56. Kathleen died in 1992 in Basingstoke, Hampshire aged 98 years old.